Home > News > Strange goings on at night on the Norfolk Broads 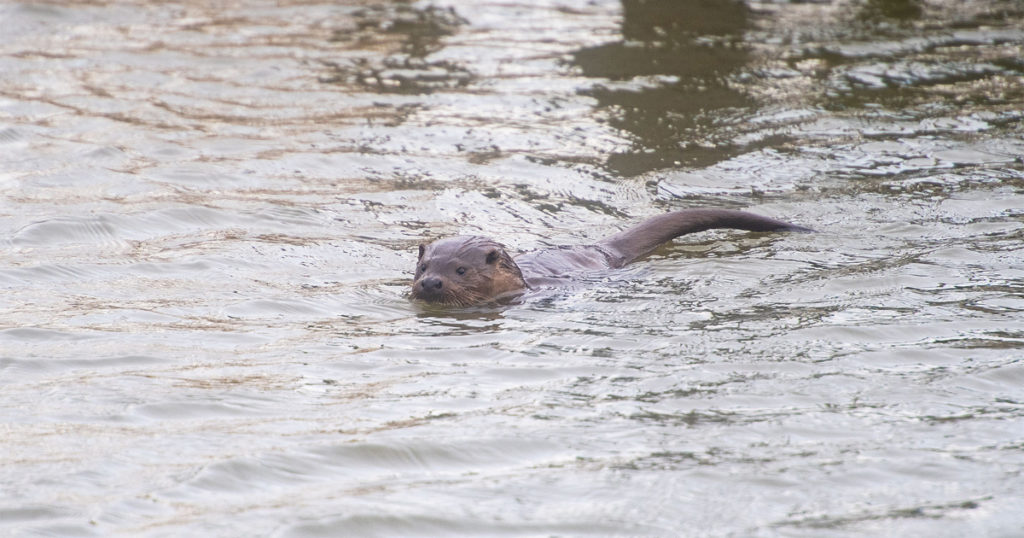 Wildlife spotting on the Norfolk Broads in Autumn

We asked Elaine Green from Natural England which animals we might see or hear on a boat on the Norfolk Broads after dark.

Elaine is one of the Trail Wardens at Hoveton Great Broad. Her job includes leading guided tours around the nature trail, as well as carrying out maintenance work and surveying the animals, birds and plants in the Bure Marshes National Nature Reserve.

Elaine says the river becomes much quieter in autumn and winter with fewer holiday cruisers and small craft. This makes it one of the best times of year to spot wildlife, the shyer ones in particular.

The Norfolk Broads has a strong population of otters. They prefer quieter back waters, reed-fringed dykes and shallow places with plenty of fish. Dawn and dusk are the most likely time to see otters.

Water voles have declined steeply, but the Norfolk Broads is a strong-hold for this rare mammal. You’re more likely to spot a water vole on smaller dykes than the main river.

Deer sightings around the Broads aren’t uncommon. You could spot red deer, which are distinctive by their red/brown colour, ginger buff tail and large size. The smaller Roe deer have white rumps and no tails.

Chinese water deer, recognisable by their small tusks, and the even smaller Muntjac deer are often seen on farmland near to wooded areas.

At dawn and dusk owls can often be seen hunting small mammals. Barn owls are the easiest to spot due to their distinct white feathers. You’re most likely to see them flying over open meadow or farmland.

Tawny owls favour woodland and can often be spotted sitting in trees. They make the distinctive hooting noise from late autumn.

If you hear a rustle or snuffle at the water’s edge, take a peek in case it’s a hedgehog. Hedgehogs are in sharp decline, but where farmland runs to the water you could be lucky enough to spot this secretive animal.

On mild autumn evenings there’re still plenty of insects and moths to attract bats, such as the soprano pipistrelle. You may also see Daubenton’s bats, recognisable by their white tummies. They use their furry feet to scoop up insects off the water.

If it’s still warm enough there is a chance of seeing Britain’s largest species of bat, the noctule. It has an impressive 40cm wingspan and can be seen flying above the trees.

As well as sightings of foxes you may hear them barking at night. They become particularly vocal in winter during the mating season.

Moorings and brambly patches are home to a variety of small mammals. In the autumn, bank voles and wood mice are busy gathering food for winter. Voles have a short tail and blunt noses, while a mouse’s tail is as long as its body.

Before the river gets too cold, fish can still be seen feeding at dawn and dusk. These include bream, roach and tench.

Eels were once a valuable commodity of the Norfolk Broads and provided incomes for many local families. If you see something slithering up the bank that looks like a black snake, you have the privilege of seeing an eel crossing land between bodies of water.

Dawn and dusk are when animals are most active. Seek out calm areas of water, particularly around dykes, reed beds and where wooded areas or farmland meet the water.

Remember to stay safe. Wear your life jackets as instructed and be extra vigilant getting on and off the boat. Jetties can become slippery and banks unstable during the wetter months.

Don’t forget to bring warm clothing and wet weather gear, plus a good spotting guide. Please also respect the wildlife, take your rubbish with you and leave their habitat as you found it.

Visit our boat comparison page to book your Broom holiday.